The MIKA 2k membrane system has been developed to solve one of the two main challenges of standard two-component foam cans: short shelf life due to premature mixing and residue forming inside the bottle. The solution included the complete redesign of the internal structure of the foam can and the seal. In the following, we will introduce the 2k membrane system, a solution designed for the internal structure of two-component aerosols in this case, for PU foams. 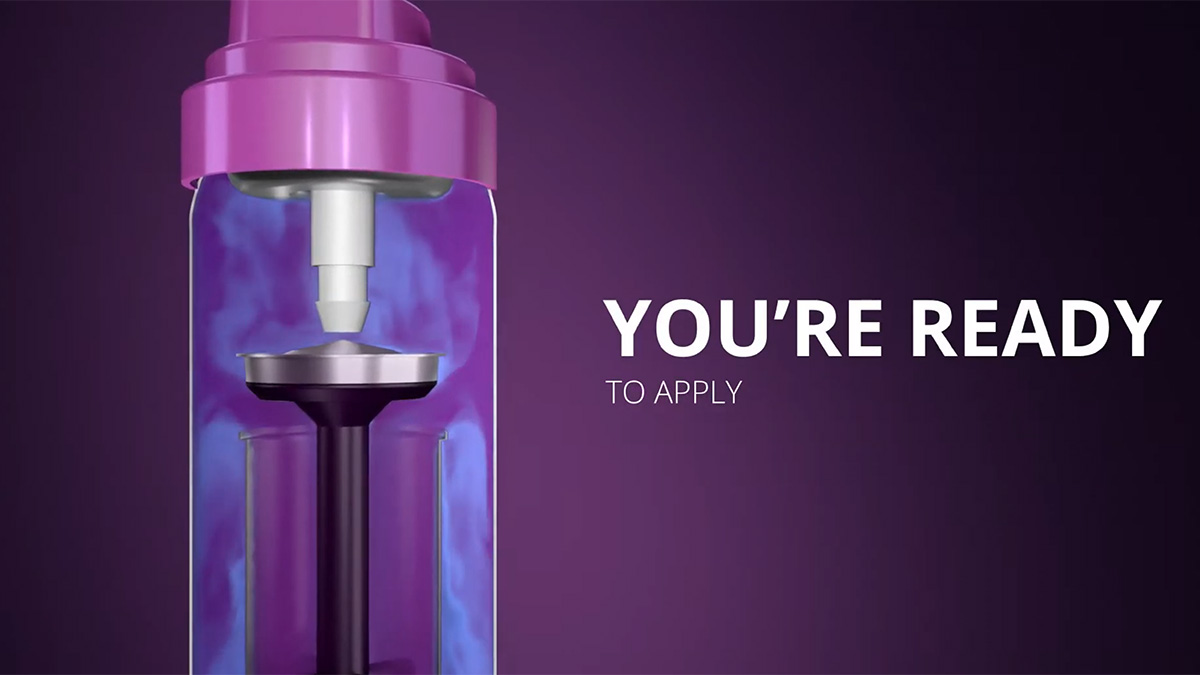 The problem with standard containers for two-component products is that the two components often get mixed together prematurely, because rubber seals of the closure frequently function inadequately and as a consequence if the chemical reaction is completed, the foam can no longer be used. Therefore, in case of PU foams for example, shelf life of the can can only be maintained for 9-12 months on average.

As the sealing function of the closure declines, the end-user loses part of the polyurethane, because residues are formed in the can that can no longer be sprayed, Also, as soon as the can has been used once to make foam, only remains usable for a short time.

As a result, standard PUR packaging can be considered highly polluting since it leads to a lot of waste. Much more waste is generated than would be justified by its use: unused chemicals remain in the bottle, contributing to the increase of hazardous waste.

A group of engineers at Mikropakk tackled this intractable problem. ​​We performed a series of experiments, testing different materials and potential structures. Our team developed two distinct solutions for mixing the two components:

The essence of both systems is that the stored material cannot escape the canister during storage, they mix only when the system is activated. At the bottom of the bottle, the sealed component is equipped with a release button that enables mixing the two components only upon opening the can. Importantly, the force required for activation is not affected by temperature fluctuations.

During the development phase, we paid special attention to the cost of new parts, since the new solution also had to remain competitive in terms of price on the market.

With the combination of the 2-k membrane system and MIKA-Vent rubberless aerosol valve, we have been able to extend the shelf life of the product from 9-12 months to 24 months and provide lossless use for 8 weeks.

The new patented structure provides a more environmentally friendly solution, contributing to a more sustainable construction industry as it spreads en masse. Our development efforts were supported by the European Union. The MIKA 2K membrane-system ended up winning the Hungarian Prize for Innovation in 2012.

These solutions may be taken advantage of in any other areas and applications wherever two-component systems are in use regardless of industry. We have developed a custom solution built on the same technology for Schwarzkopf, a well-known manufacturer of cosmetics. Hair dies consisting of two components (developer and colour) face similar challenges:

We came up with a “can in can” aerosol that can be easily activated by twisting the bottom ring. With the new packaging we have been able to provide a solution that not only makes dispensing effortless, but also enables easy brand identification and a great way to differentiate the product from competitors.

We are ready to compete and prove ourselves in your packaging issues.